Micah 6:8 Leaders
"He has shown you, O man, what is good;
And what does the Lord require of you?
To do justly, to love mercy, and to walk humbly with your God."
-Micah 6:8
Welcome to our Micah 6:8 Leaders campaign!
Throughout the fall semester, we will be featuring some of SSCA's Micah 6:8 Leaders who are in Grades 6-12 and who are SSCA Alumni. Read their stories below to learn more about our students and the SSCA community. These stories will be featured on our social media outlets (Instagram and Facebook) and will be published in our Weekly Warrior Newsletter. Keep on the lookout for a new story every week on Micah Monday!
What is a Micah 6:8 Leader?
A Micah 6:8 Leader is someone who impacts their community by showing others what it means to do justice, love mercy, and walk humbly. They are not conformed by the things of this world or want to exalt themselves above others. Instead, they show what true leadership looks like by serving others and exalting God above all else.
Micah 6:8 Student Leaders 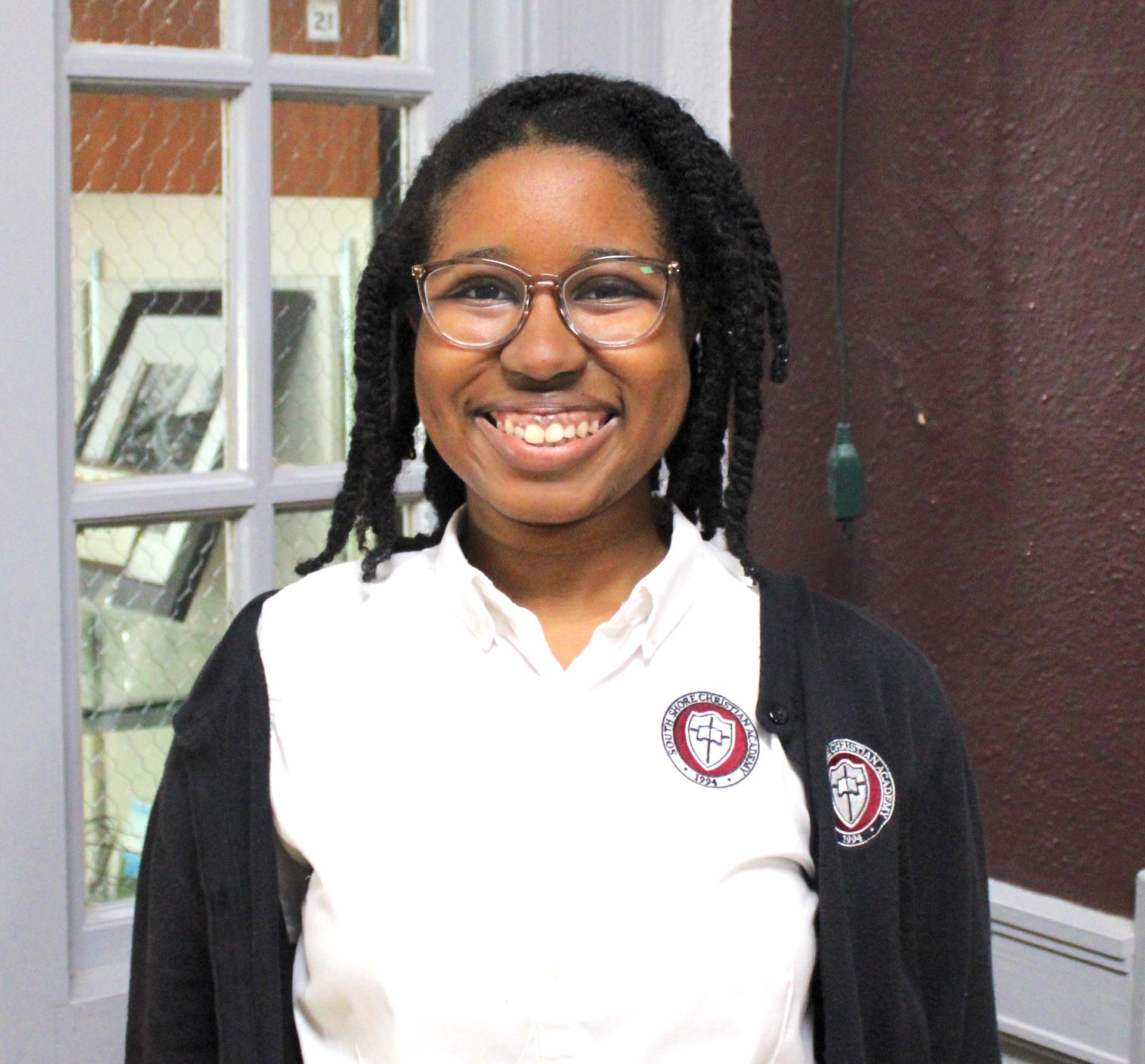 Meet Ashley Laurent - Grade 12
Ashley has been at SSCA since she was in Kindergarten, for about 13 years. According to Ashley, “a great leader is someone who cares and listens to others when they have a problem”. Ashley is making a difference in her community by giving back to her school and community. She is doing this by being Co-President of the Green Team, a club dedicated to taking care of the environment. SSCA has taught Ashley the importance of family and made her realize that “good relationships are important because they can build you up and make everyone come together”. 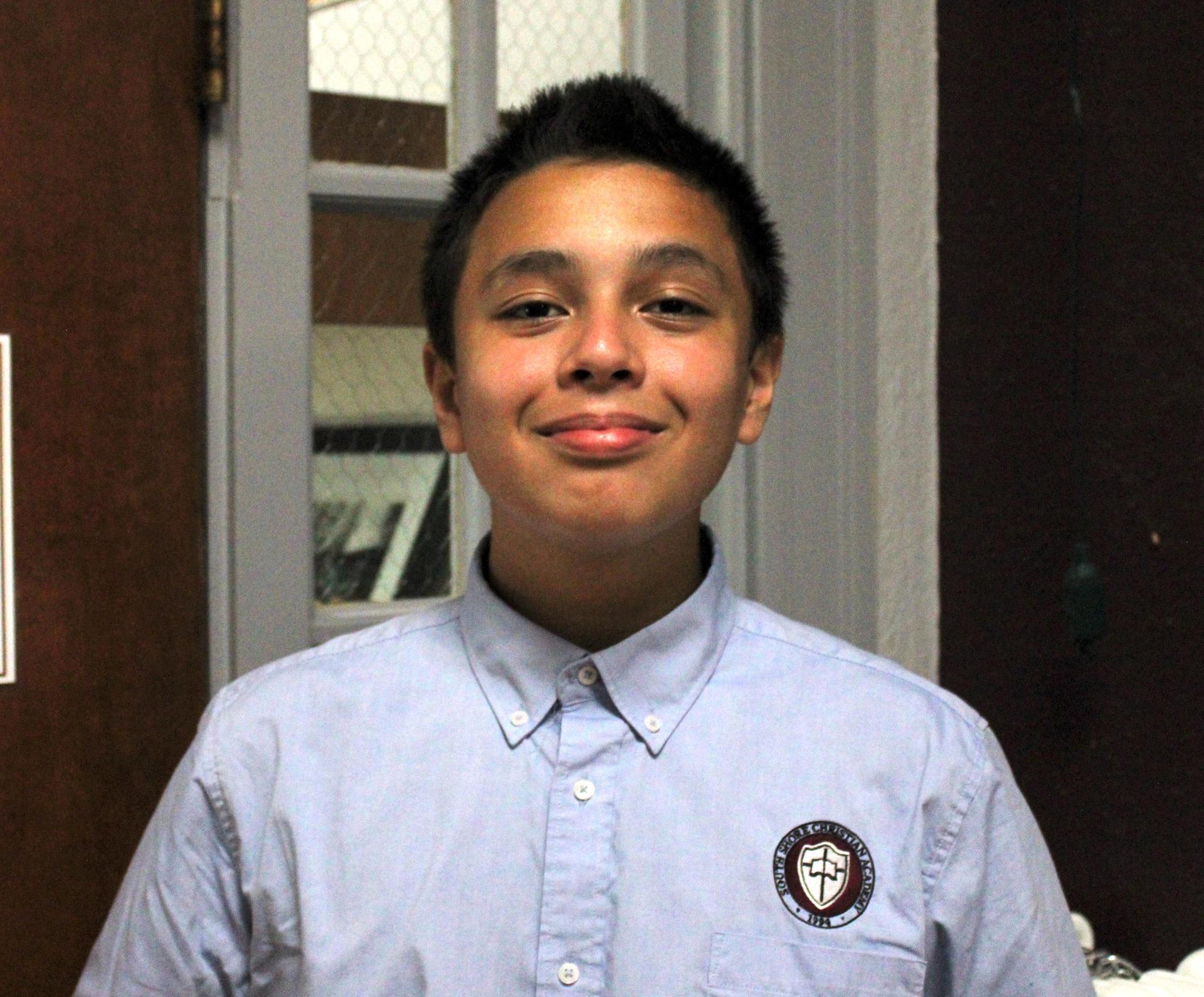 Meet Anthony Anderson - Grade 7
Anthony has been at SSCA for 9 years and says that he has “enjoyed every single moment”. According to Anthony, “a great leader is someone you can depend on and who sets a good example for others”. Anthony is making a difference in his community by helping out with his church’s youth nights and his soccer team. He believes that people should help others as much as they can so that they can achieve and excel more than before. SSCA has taught Anthony how to be a good friend and to always include everyone no matter what. 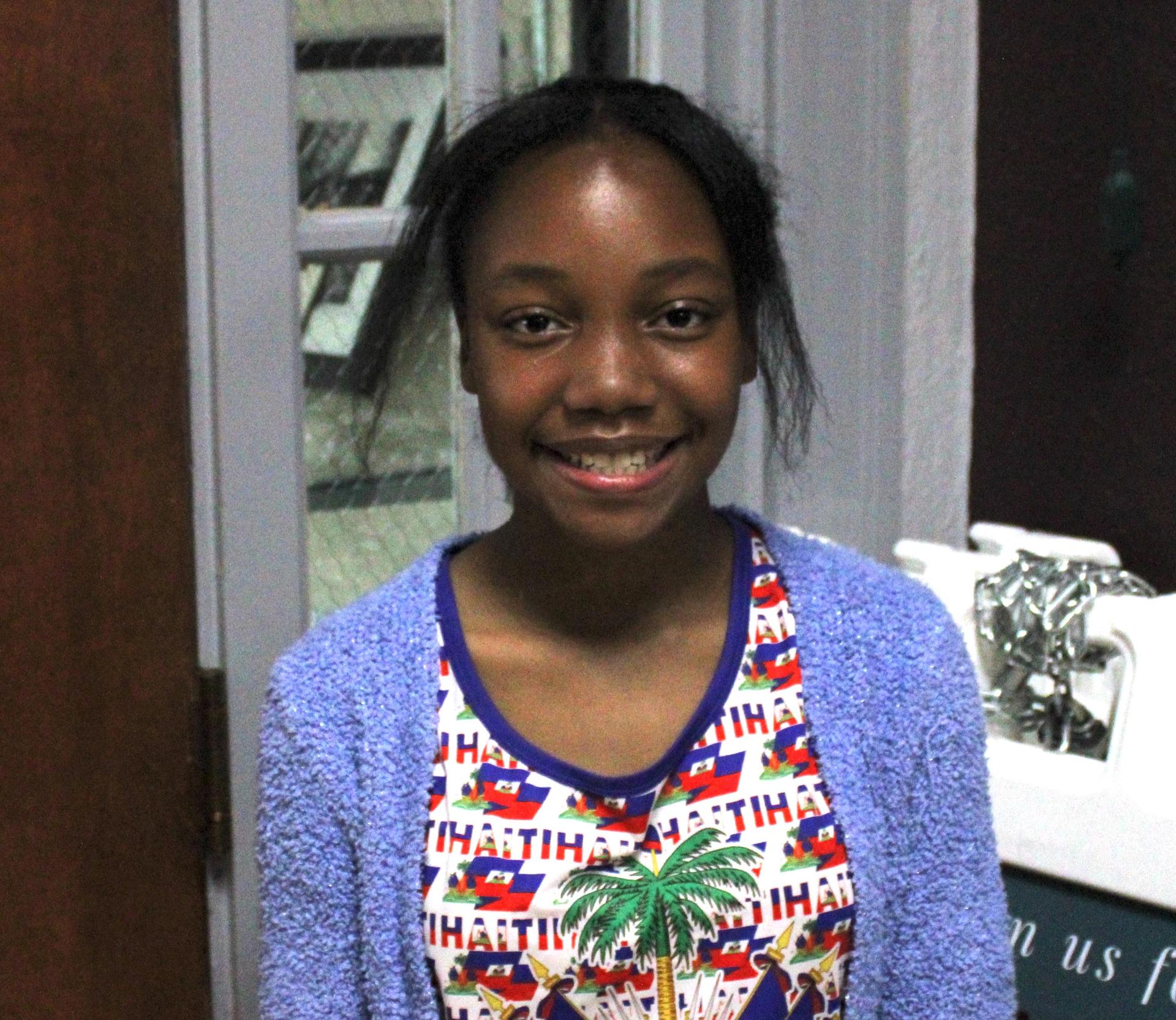 Meet Angela Gregoire - Grade 6
Angela has been at SSCA since she was in preschool, for about 7 years. According to Angela, “a great leader is someone who has humility and leads a good example for other people”. Angela is making a difference in her community by setting a good example for others by helping those in need and by showing others that she cares for them. While at South Shore Christian Academy, Angela has learned that you should always help one another and never give up. SSCA has taught Angela that “anyone can do anything as long as they set their mind to it”. 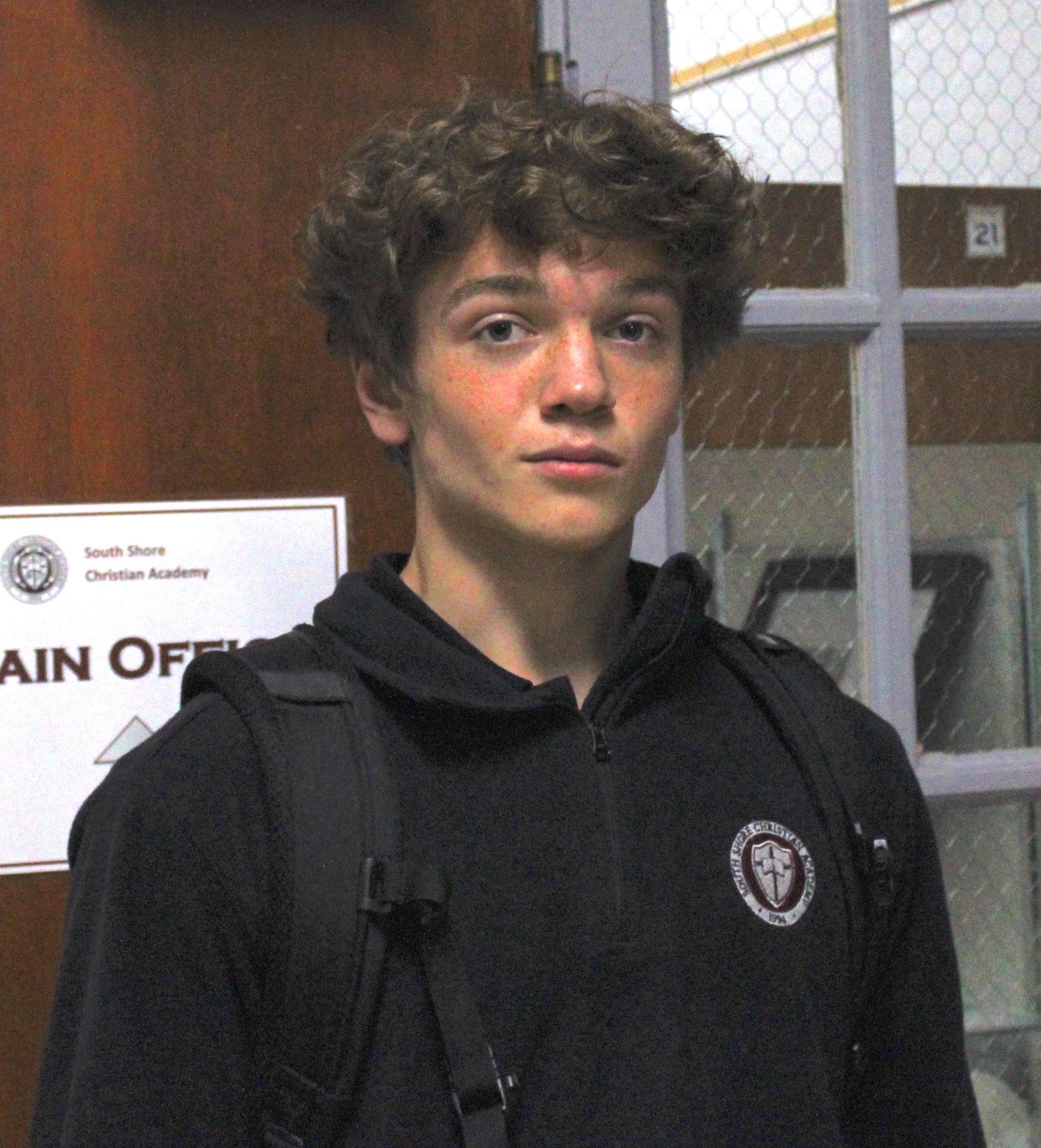 Beck has been at SSCA since preschool, for about 14 years. According to Beck, “a great leader is someone who sets the bar high for themselves and leads by example”. Beck is making a difference in his community by setting a good example for others by being in the National Honors Society, the Prefect Council, and the Green Team. SSCA has taught Beck the importance of family and made him realize that family can also be your peers and teachers. 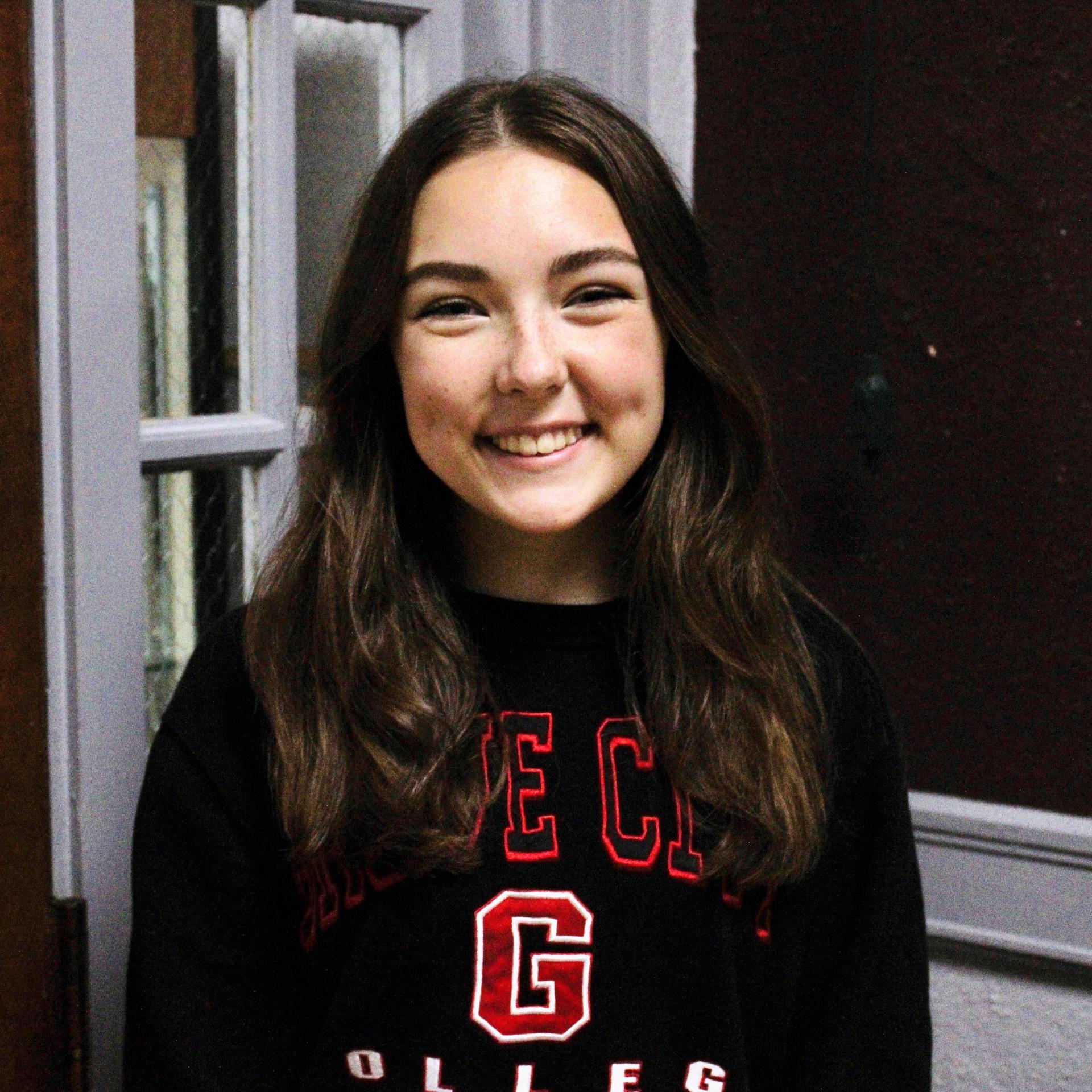 Shelby has been at SSCA for two years. According to Shelby, “a great leader has respect for others and is also respected”. Shelby is making a difference in her community by helping the Bethesda House and the Welcoming Alliance for Refugee Ministry. Last year, Shelby and Mrs. Smith used their artistic skills to decorate the windows of the Bethesda House, a home for young mothers. This year, Shelby decided to help the hundreds of Afghan Refugees who were coming to Massachusetts. She did this by setting up a donation box at SSCA where the community got together to donate supplies to the Welcoming Alliance for Refugee Ministry. While attending SSCA, Shelby has learned how to be compassionate towards others and to persevere in any given situation. 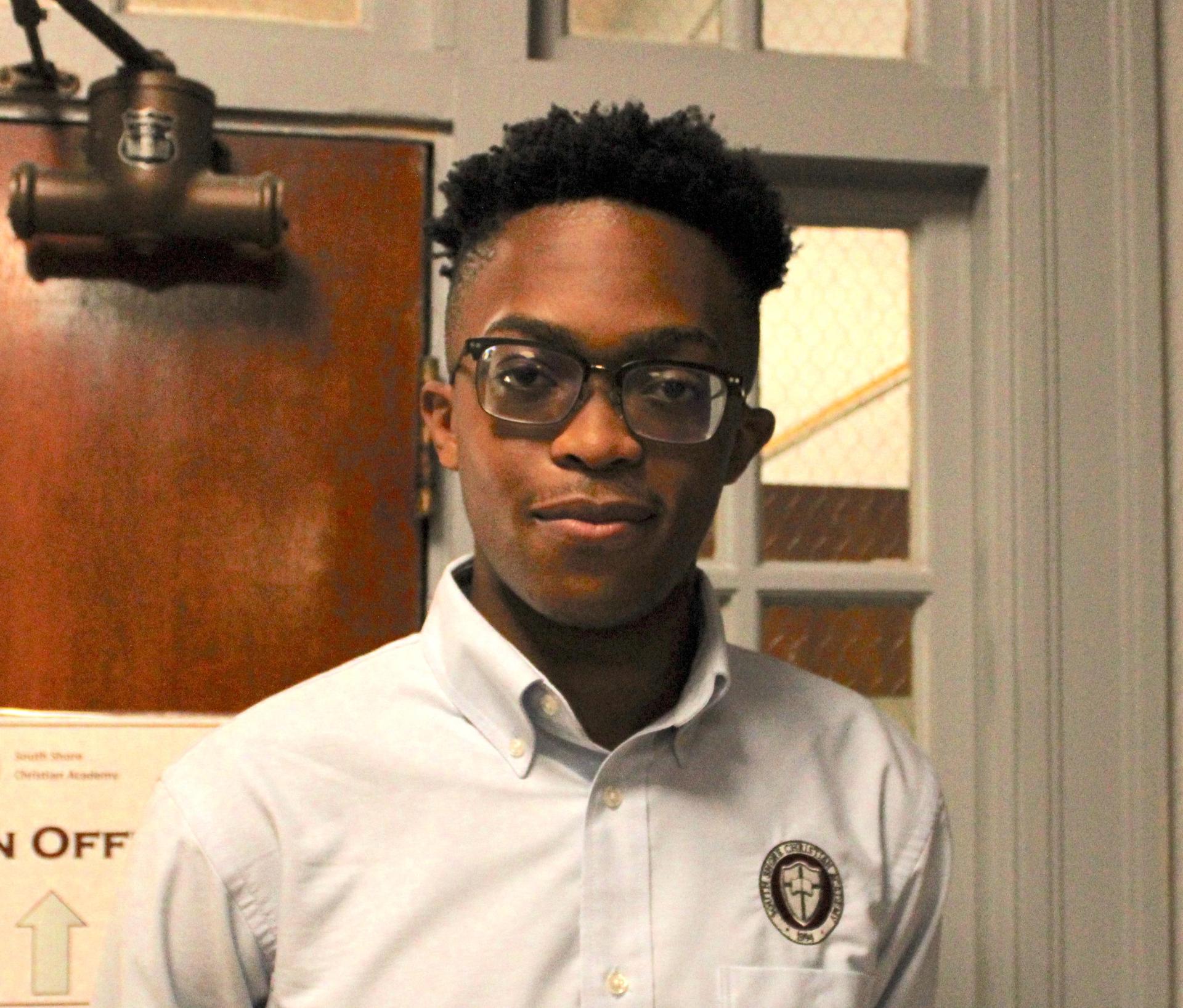 Meet Joshua Louis - Grade 12
Joshua has been at SSCA since the 1st grade, about 13 years. According to Joshua, “a great leader is someone who empathizes with the people they work with. They also work the hardest and set an  example for those who work for them”. Joshua is currently in the National Honors Society, Prefect Council, and the Green Team. He is a part of these extracurricular activities because he believes that it is important to help the school and community in any way he can. Joshua also believes that it is important to set a good example for his peers. SSCA has taught Joshua that “hard work pays off and that once you set your mind to something, you need to dedicate your time to achieve it”. 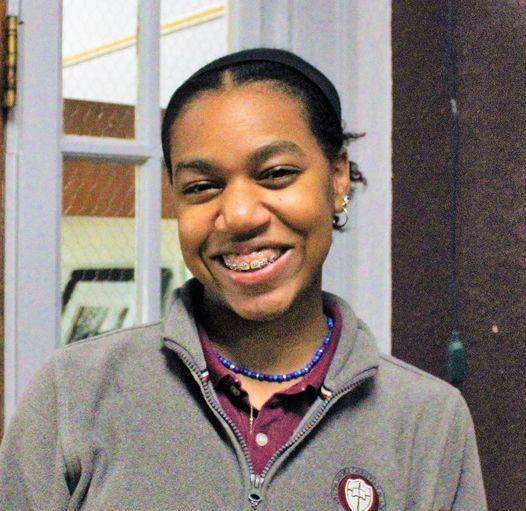 Meet Chase Bowdre - Grade 9
Chase has been at SSCA since the 5th grade, “a great leader is someone who does the right thing while in a tough situation and while under pressure”. Chase is making a difference in her community by showing others that they should work hard and persevere in any circumstance. She is currently in Honors English, Honors Math, and has done competitive dance since she was 3 years old. Competitive dance has taught Chase the significance of working in a team and that “when you fall down, you must get back up and work through the stressful situations. You don’t just preserve for yourself, but you also do it for your team”. While at SSCA, Chase has learned how to humble herself and to be kind to others, even when it is difficult. SSCA has also helped Chase grow in her relationship with God and taught her how to become a strong leader. 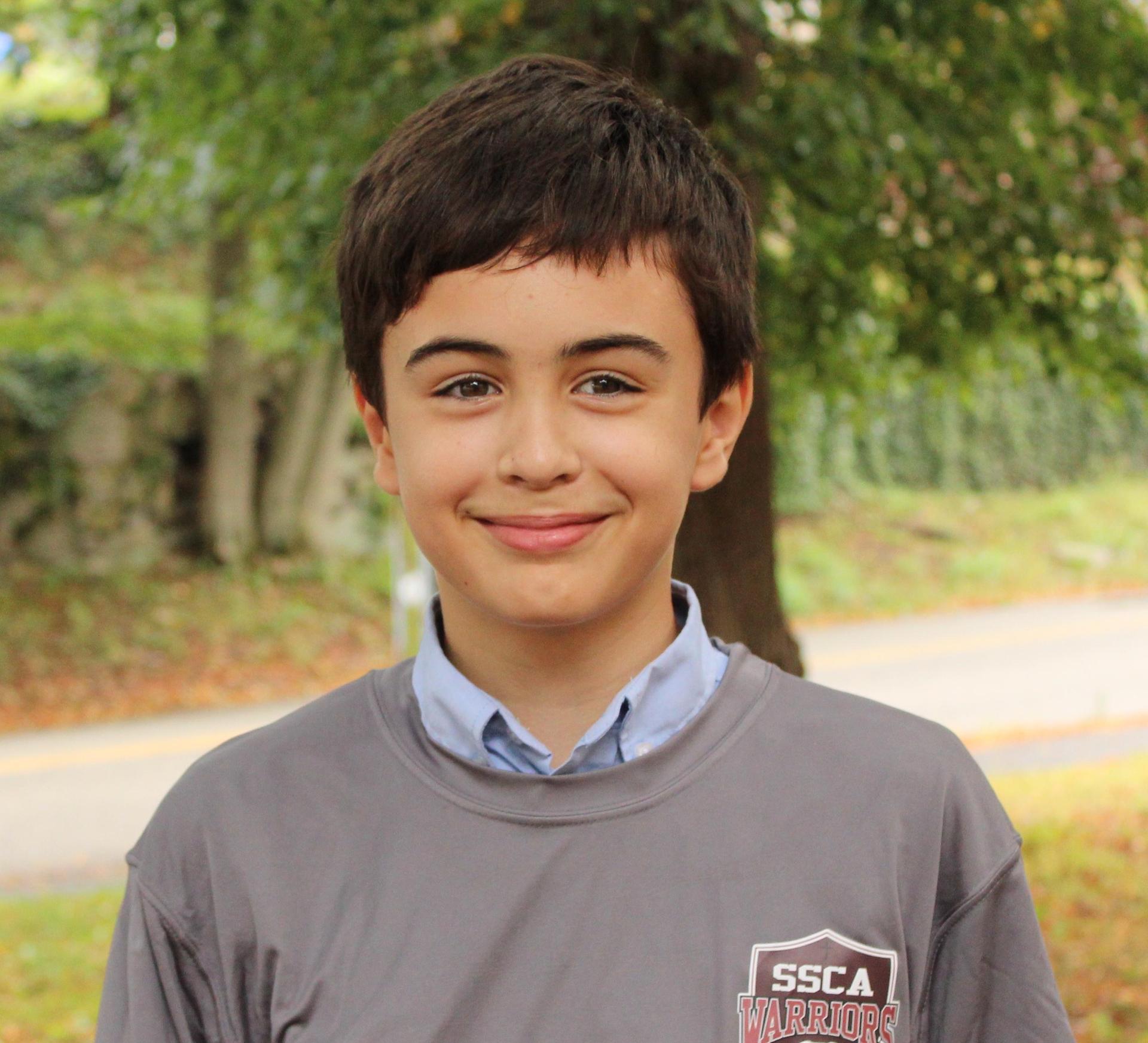 Meet Jack Dagley - Grade 8
Jack has been at South Shore Christian Academy for 11 years. According to Jack, “a great leader is someone who looks out for everyone they are leading. They also try to do new things and to help others”. Jack is making a difference in his community by setting a good example for others by doing well academically and by being a part of many clubs. He is currently in Theater and Esports. While in Theater last year, he was in the Alfred Hitchcock play and played an FBI agent. At first, Jack was disappointed since this role wasn’t a speaking role. However, Jack stuck with it and ended up loving the role by the end of the play. “I have learned that once you start doing something to stay committed and to try your hardest, even when you don’t want to”. Jack is excited to be a part of Theater again for this year! 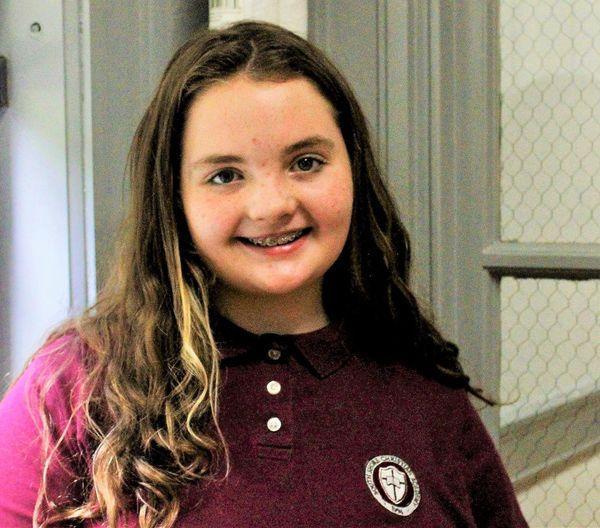 Meet Elizabeth Keenan - Grade 7
Elizabeth has been attending SSCA for 4 years. According to Elizabeth, "a great leader is someone who listens to others, won’t make fake promises, and inspires others." Elizabeth is currently in Girl Scouts and has been in this group since she was in kindergarten. While in Girl Scouts, Elizabeth helps her community by picking up trash and cleaning up the side of the highway. At SSCA, she has learned to be kind to everyone, even when it is difficult. Elizabeth has also learned to help others no matter what.
Micah 6:8 Alumni Leaders 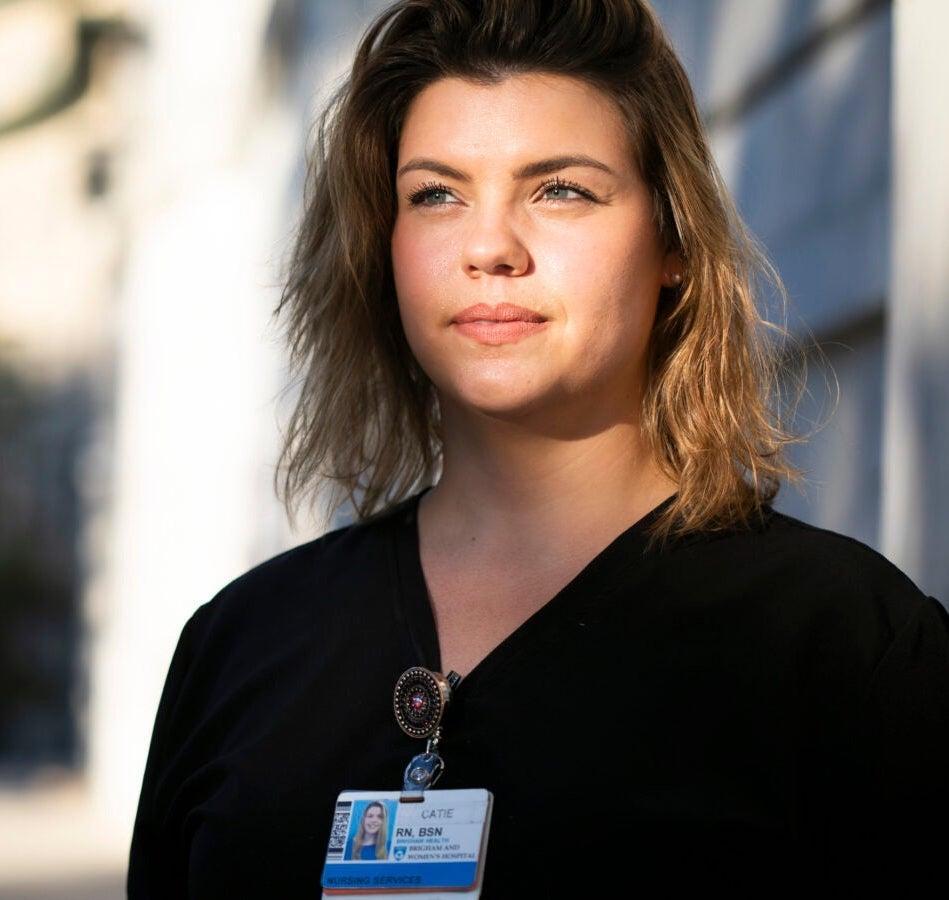 Meet Alum Catie Raftery
Catie is a SSCA graduate, class of 2014, and has attended SSCA since she was in Kindergarten. She went to UMass Boston for her nursing undergraduate and currently works at Brigham & Women's Hospital as a nurse. She is making a difference in her community by working as a nurse during the pandemic. According to Catie,“[working during the pandemic] has molded me into a more patient, caring, and empathetic person, both at my workplace and in my everyday life...Although it may take years to process all these events, I know that every day I show up, give my all, and strive to bring hope, peace, comfort, and joy to every single person I encounter. It has been my greatest honor to be able to be a registered nurse in a time like this".
Click here to read more about Catie's experience as a nurse during the pandemic. 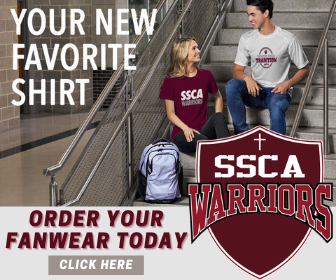 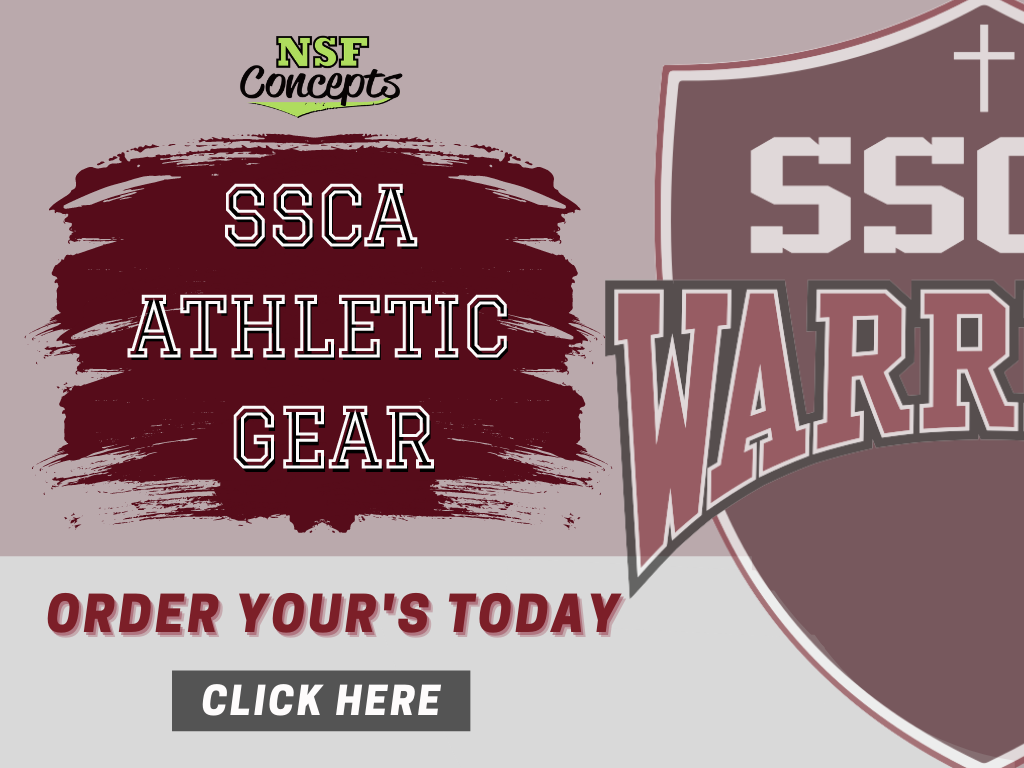 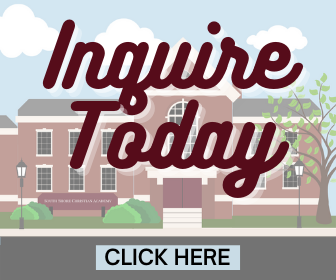